Loneliness and weariness, that’s what I find while walking on the streets of Little Havana. This area, situated within the confines of the city of Miami, is a reluctant paradise for immigrants, drifting in an ocean of forgotten streets, deteriorated buildings and neglected people. Politicians fill their pockets and wash their hands by inserting low income housing facilities and drowning the area with buses filled with tourists, denting the pride of the area residents, and precipitating the decadence of the less fortunate. Crashed or vandalized vehicles cover the inner streets, suffering the passing of time and the owner’s lack of funding for repairs. I bump into a displaced person, or someone asking for money on a corner looking to feed either their stomachs or their addictions. Drug and sin walk hand in hand on the streets of Little Havana like a daily ritual. People meet at the “Parque del Dominó”. Their words are like prayers, remembering their origins and salivating in memories of a world that no longer accepts them. Castaways from their native land. Abandoned people in the Saviors country. Men and women of different latitudes are gathered in Little Havana hanging on to their past, and hoping for a better future. 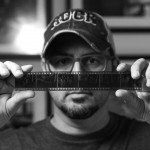 Rainy Silvestre-Pérez (known also as Rainy Silvestre) was born in Matanzas, Cuba in 1975. He moved to Miami, FL in 1998. Silvestre-Pérez began his photographic journey as a self taught photographer, but has since graduated from New York Institute of Photography as a professional photographer. Silvestre-Pérez is currently enrolled in the Photojournalism program at the same institution. His photography is a compendium of life and a direct relationship to his environment. Ranging from social issues, faith, environmental concerns, family life and other subjects. He is part of the permanent collection of the Cuban American Phototheque Foundation (CAPF) and participated in the Acquiró 2 exhibition. Silvestre-Pérez has been published by BEX Magazine (Argentina), Full Frame (Cuba), Revista El Estornudo (Cuba-Spain) and was featured by the site ARTISTNATOR . Most recently he has been part of two group exhibitions at the Darkroom Gallery in Vermont, US. In addition, his work has been donated for the Winter Party Festival of the LGTBQ task force.