IF KEROUAC HAD TRAVELED BY BICYCLE

CYCLISTS ON THE ROAD

In On the Road, if Jack Kerouac had traveled by bicycle, Cormac McCarthy might never have written The Road fifty years later in 2006. Only one word separates the two titles but it’s nothing to do with literary influence. The connection is hidden.

“There was nowhere to go but everywhere, so just keep on rolling,” Kerouac wrote, suggesting that planning was a bad idea. Marcelo Dasque, 21st century bicycle traveler exemplifies the Kerouac message.

Morning haze, El Alto, Bolivia, 13,000 feet above sea level: I ask Marcelo, “where are you headed?” He shoots back a question: “¿What do you recommend, Lake Titicaca or the Peruvian border?”  Like Kerouac, Marcelo shuns planning. He’d slept the night before in the fire station. He’s been on the road for 9 months.

In the novel, Sal Paradise (Kerouac) and his friend Dean Moriarty hit the road in search of unbridled freedom, hitchhiking, taking a bus or driving a car, and looking for the best in people. Like a Kerouac character, Marcelo is proud to depend on the good will of people along the way.

The Quixote and On the Road share an obstinate romanticism.

Along with rock’n’roll, Kerouac’s novel rattled the Calvinism of the fifties. (A few years after reading it, I was moved to carve out my own on-the-road, hitchhiking from México City to Cuzco, Perú and back.)  Between 1960 and 1964 this episodic novel catalyzed 116 episodes of Route 66, the classic TV series.

In Route 66, an indispensable Chevy Corvette is a medium for two travel partners to experience adventures from town to town. The Corvette becomes the third character. In the first episode, the Corvette owner exclaims: “It’s more than just a car to me!”

It’s no coincidence that the program’s sponsor was Chevrolet.

Miracle: with each new season, the two young travelers find themselves in a new Corvette model. We never learn how this happens. Imagine Don Quixote suddenly  riding a new Rocinante each year.

Under the influence of On the Road, Route 66 contributes to the cult of the automobile. We learn subliminally that we are nothing without a car. No woman would pay attention to us if we arrive by bus, subway or bicycle.

On the screen, heroes drive potent cars. James Bond drives. Steve McQueen drives. And later, Nicolas Cage drives. One notable exception was Richard Kimble, in  The Fugitive, who hitchhiked or traveled by bus. But fugitive Kimble had no choice. Years later we saw Forrest Gump, jogging across the country. But Gump was presented as an abnormal. Normal people continued to drive across the screen.

During this period suburban sprawl was booming. Housing developments were intentionally implanted far from viable public transportation. These “communities” were void of street life, far from useful shopping, and  zoned against night life. The only exit from the blandness was the compulsory automobile. Route 66 offered an immediate escape from cloistered living rooms.

Meanwhile, urban centers were reconstituted to give total priority to the car. Los Angeles would dedicate 14% of its surface to parking lots. Even Andy Warhol could not squeeze art from a parking lot.

In the mid 60s, a second wave of counterculture, less individualistic than the Beats of Kerouac, embraced anti-war and ecological issues, but the critical spirit of the time failed to offer an alternative to automobile totalitarianism. Jim Morrison loved his Blue Lady, a Shelby Mustang.

In 2016, investigative reporter Jade Lindgaard wrote in Mediapart  (France) that approximately 2,500 people die each year in Paris, my city of residence, because of the air they breathe. And we are not Mexico City.

McCarthy has never said if the dystopia in The Road  resulted from war or ecological catastrophe. For Andrew O’Hagan The Road is “the first great masterpiece of the globally warmed generation” while George Monbiot calls it «the most important environmental book ever written».

In The Road, a father and son travel on foot, north to south, in search of a ray of sun, passing landscapes of abandoned cars, acid rain, and human beings who violently capture the few resources that have not disappeared.

Finally a novel (and superb film) where the characters travel on foot! ¿Do we require a great catastrophe in order to use human energy for our travels?

We had to wait 25 years for the cycling version of Kerouac’s On the Road: Latinoamérica. Crónica de un viaje en bicicleta, yet to be translated to English, by the Basque writer Jesús López de Dicastillo. This pioneer of bicycle voyaging pedaled from Mexico City to Brasilia. After writing about it, he continued his expeditions, by bike but also on foot. López de Dicastillo began his far-reaching, emission-free travels after having suffered an identity crisis provoked by his work as an automobile engineer.

His book did not trigger a cycling version of Route 66. But it did awaken the adventuring spirit in fellow Basque, Lorenzo Rojo: The book “showed me  that doing such a thing was mad, was exciting and, above all, was possible. Just a few years later, in 1987, I cycled for 6 months in Latin America. In 1997  I started a new trip that is still going on” (The Next Challenge, 23 May 2014). A former teacher of language and literature, Rojo says: “I travel with an old bicycle, an austere budget and still the same desire to see the world, and maybe even more, than when I began.” (Munduan Barrena Blog)

Nowadays the new Kerouacs, following the paths of Lorenzo Rojo and Jesús López de Dicastillo, pedal across countries and continents. They are young and old, men and women (the Beats were men only). For Dr. Kate Leeming, author of Njinga: Breaking the Cycle of Africa, cycled 22,000 kilometers across Africa and that was only the starter for her legendary cross-continent rides.

The car has been a symbol of competition. The only competition of the bicycle voyager is with oneself, as Bolivian bicycle advocate Gina Muñoz Villegas explains, referring to a 70-kilometer event: “the Samaipata climb”.

“I don’t participate with a desire to compete. I do it as a challenge to myself, with the purpose  of completing the climb in the most spiritual way possible. For me, riding uphill to Samaipata is a type of meditation, a celebration of life itself.  Cycling uphill between the green mountains is like merging with them, a prolonged breath that liberates me from the routine of daily life.”

Chilean bicycle traveler Aldo Orpianesi adds:“One aspect that separates us from profesional cycling is the lack of competition. We are not concerned about competing.” (Mas Deportes, 27 marzo, 2016)

The association Randonneurs USA explains: “When riders participate in randonneuring events, they are part of a long tradition that goes back to the beginning of the sport of cycling in France and Italy. Friendly camaraderie, not competition, is the hallmark of randonneuring.” (rusa.org)

Like Kerouac, bicycle travelers get around with limited funds. They use web pages like warmshowers.org or couchsurfing.com that provide free lodging with families that enjoy welcoming cyclists and backpackers.

Since the age of 60 I’ve done my own bicycle travels. A three-week trip of mine does not compare with three years on the road but it’s not a question of competition. Each bicycle traveler has a philosophy. For me it’s simple: the open road is more liberating when it’s done with human energy.

We have reached a period of parallel realities. From one vision we see, in Cormac McCarthy’s The Road, a dystopian voyage where savage competition allows for the survival of only a few.

From a parallel configuration, bicycle travelers and backpackers prove it’s possible to cross continents without polluting, with joyful frugality and with generous help from people along the route. 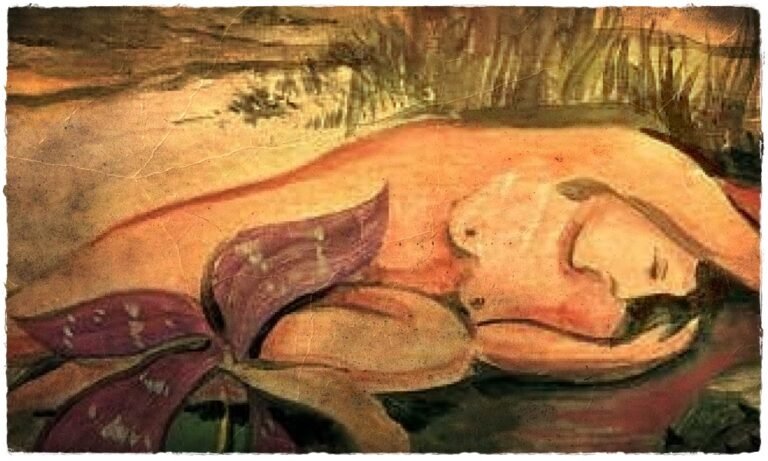 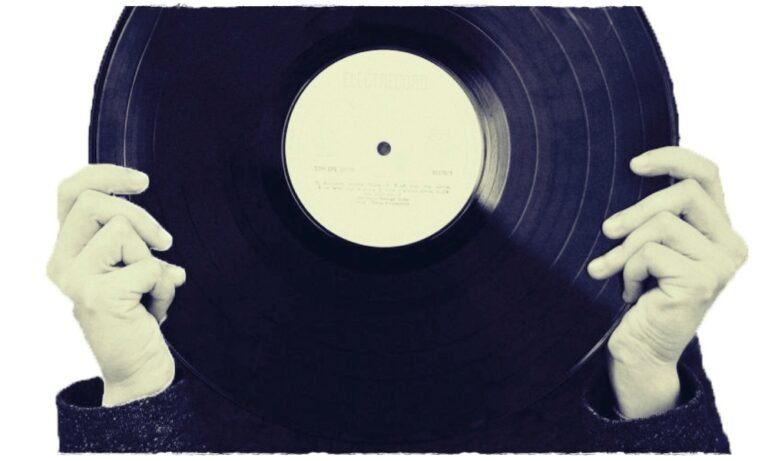 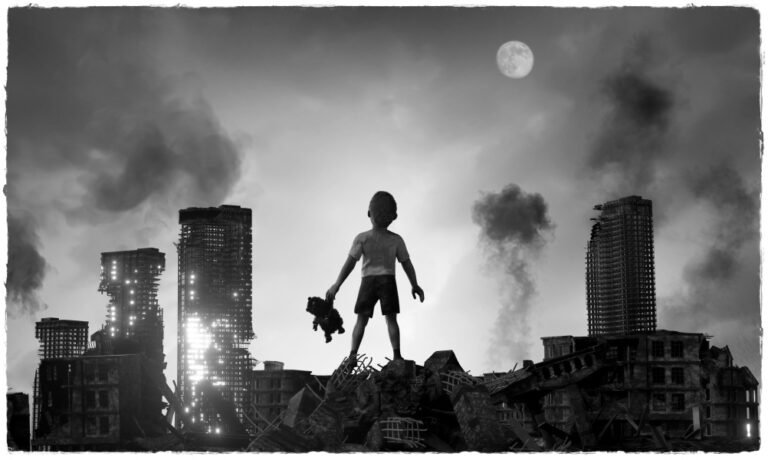